TranscribeMe is one of a number of transcription websites which serve as intermediary between entities wanting to turn their audio / videos files into readable content, on the one hand; and professional transcribers whom they hire to carry out the task described above, on the other.

In this review, I explain what it entails to become a transcriber (also referred to as transcriptionist) at TranscribeMe, how you will be paid for work done, and what are the prospects involved in working as a TranscribeMe transcriber.

[ ‘ EVER HEARD OF AFFILIATE MARKETING? ]

To begin your journey as a transcriber at TranscribeMe, you will be required to open an account on the website by providing such pieces of information as your real full name and correct physical address, two valid email addresses – a “work” email and a PayPal email (both may be the same for some people) – your telephone number, etc.

After setting up your account, you will be required to download and thoroughly study and understand – to your finger tips – two documents which serve as a sort of passport to your success in TranscribeMe’s English Entrance Exam which will lead you to being incorporated into the TranscribeMe workforce.

The first is TranscribeMe’s Study Guide. This document details how transcription is done at TranscribeMe. Its style – the Clean Verbatim – is what is used by those already a part of the workforce. The first (Basic) part of the Study Guide is what you must apply during the entrance exam, hence the imperative to master its contents.

The second is the English Entrance Exams Instructions. This document outlines the do-s and don’t-s as far as taking the Exam and other acceptance-related guidelines are concerned. For example, it is STRICTLY FORBIDDEN to create more than one account with TranscribeMe. Once such infringement is discovered, the multiple accounts created will be canceled, and the perpetrator will be banned for life from joining TranscribeMe. 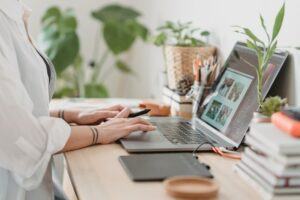 Once you are convinced that you have adequately mastered the contents of both documents, the next step will be to take the TranscribeMe (TM) Exam. TM is an entity with “perfectionist” demands, so a minimum of high 90s is required to pass each audio section of the exam.

You are allowed to access both documents listed above during the exam, so the parts of the Exam containing questions relating to those two documents are quite easy to pass. That is even the reason why anything below 100% in such questions is considered failure.

The real problem at the Exam is the audio, where you will have to apply the Clean Verbatim Style as you transcribe what speakers say from three separate audio files in American English. The accent may not be the problem – you may be well acquainted with the American accent. But the problem will certainly be making the various aspects of Clean Verbatim show up in the readable text you eventually produce.

Most people are not capable of achieving that in one go. They will have to retake the Exam – several times possibly – in order to make a pass. In addition, your Exam results are not displayed in the same order as the questions. So you can never know which questions you actually missed.

When your Exam results are displayed to you, before you click the Submit Results button, which makes your results official, you have the possibility to retake the part(s) you failed, if it’s your first attempt. After retaking the previously unsuccessful sections, a failure in ANY ONE section would prevent you from accessing the exam for at least 30 days, after which you would be required to retake the entire exam – considered as your second attempt.

As was mentioned earlier, your results are not provided to you in the same order as the questions on the Exam. So the way to improve your scores when retaking the Exam is, work on parts that you were uncomfortable with – parts that you had doubts about – when taking it. Review those parts from the Style Guide, and change your previous approach regarding those sections in every subsequent retry or attempt. If you sincerely apply this method, you will observe gradual improvement in your results for each subsequent attempt. And by doing so, you’ll eventually hit the marks required to be recruited.

Once you’ve successfully passed all the sections in one attempt, you now become a TM transcriber. At that point, you may be requested to upload an identification document bearing your photo and full name.

After a couple of working days, you will gain access to the TM WorkHub where you MAY find files waiting to be transcribed. Files are usually a few seconds to 4 minutes long, each. Selecting a file makes it available for you to transcribe. Upon completing your chosen work, you’ll have to submit it, at which point a QA (Quality Assurance staff member) will make relevant corrections to it. If unfortunately your transcription requires a lot of corrections (more than 30 %), it will be rejected.

1. TM accepts “applicants” from every corner of the world – most online money making opportunities don’t.

2. No prior experience is required; only a pass in the entrance exam.

3. Because entry into their service is open to just anyone, TM – especially their transcribers “Yammer” Community – is a good place to build meaningful relationships and gain invaluable transcription experience for the future.

4. Unlike some companies, you are free to work whenever you want. TM does not impose any work schedule on its workers. You log in, do the amount of available work you desire and log out when you want.

1. As with most jobs that depend on clients’ request, there may or may not be files available for transcription at any given moment.

Sometimes, there’s lot of work available to be done. At other times, there may not be any at all. It all depends on the rate at which clients submit work to TM. And this is a quite frequent occurrence for new transcribers.

This constitutes a major disadvantage as far as being a transcriber at TM is concerned. After taking several hours to prepare for the Exam, and after spending several more to take the Exam, you may enter the WorkHub at a time when there’re no jobs available.

If you are bent on working at TM in such a case, you will have to wait for jobs to become available in order for you to start practicing your act.

2. Another notable drawback is the pay rate.

TM pays 15 United States dollars for every AUDIO HOUR TRANSCRIBED. In other words, when all the files you’ve transcribed add up to 60 minutes (1 hour), then you’ll get paid 15 dollars.

Many people do not understand this reality at first. They think that they’ll get paid 15 dollars for every hour they spend transcribing. But it’s not so.

What it means instead is, pay is calculated based on the length of the file(s) you transcribe – not on the number of hours you spend transcribing. For each file you transcribe that is 4 minutes long, you will be paid 1 dollar.

Let’s say, you spend approximately 30 minutes to transcribe an audio file 4 minutes long. Two audio files (amounting to 8 minutes) will be transcribed in 1 hour by you at that rate. For that one hour of your time spent to transcribe, you will get paid – not 15 – but 2 dollars only. That is how TM pay rate should be understood.

You should also note that it may take you anywhere from several minutes to a couple of hours to transcribe a 4-minute file. That depends on factors such as your typing speed, the accent of the speaker, words to research, mastery of the Clean Verbatim Style, re-listening, pause and play times, etc.

Though there’s room for improvement and promotion to special teams, QA or editors, at which time transcribers who pass subsequent specialized exams earn up to 22 dollars for an AUDIO HOUR WORKED ON, many current – and former – TM transcribers find TM’s pay rate to be very low. Scores of applicants have even had to abandon their quest for transcription jobs upon realizing how low their pay rate is.

Unfortunately, TM is not the only transcription company that offers so little in remuneration. Such low pay is like the norm in the online transcription industry. No wonder why those involved in other forms of MMO consider both the exam prep process and working with TM to be a waste of valuable time.

The solution to these two cons, however, is persistence. 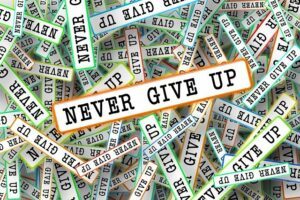 As mentioned earlier, new TM transcribers generally suffer from unavailability of jobs. But once you pass TM’s specialized exams and get promoted to a higher level of employment, the amount of work available increases a whole lot. There and then, you will realize something worthwhile as far as pay is concerned.

3. Thirdly, TM pays only by means of PayPal.

There is no alternative to receiving payments by means of PayPal. Those without a PayPal account thus cannot work with TM. (Payment is carried out once a week – every Thursday – once your account reaches a minimum of 20 dollars)

Prefer an ‘alternative’? Then GET AFFILIATE MARKETING TRAINING HERE!

Signing up with TM is not for everyone. It’s not for you if you’re seeking a quick way to make much money online.

But if you’re patient, while working hard to excel to higher levels within the company, it could be a good fit for you.

It could also be a great opportunity for those who:

1. have much free time and desire making some side money using that free time;

2. reside in parts of the world where the standard of living is low – where a few dollars can achieve a lot;

3. are “confined” at home – especially because of family responsibilities – with a need to start earning an income.

Which of these groups do you happen to be in? Do you have much free time and want to monetize that free time? Or are you in a tight and are in need of making some extra dollars? Be sure to carefully weigh the pros and cons per your personal situation before venturing into becoming a TM transcriber.