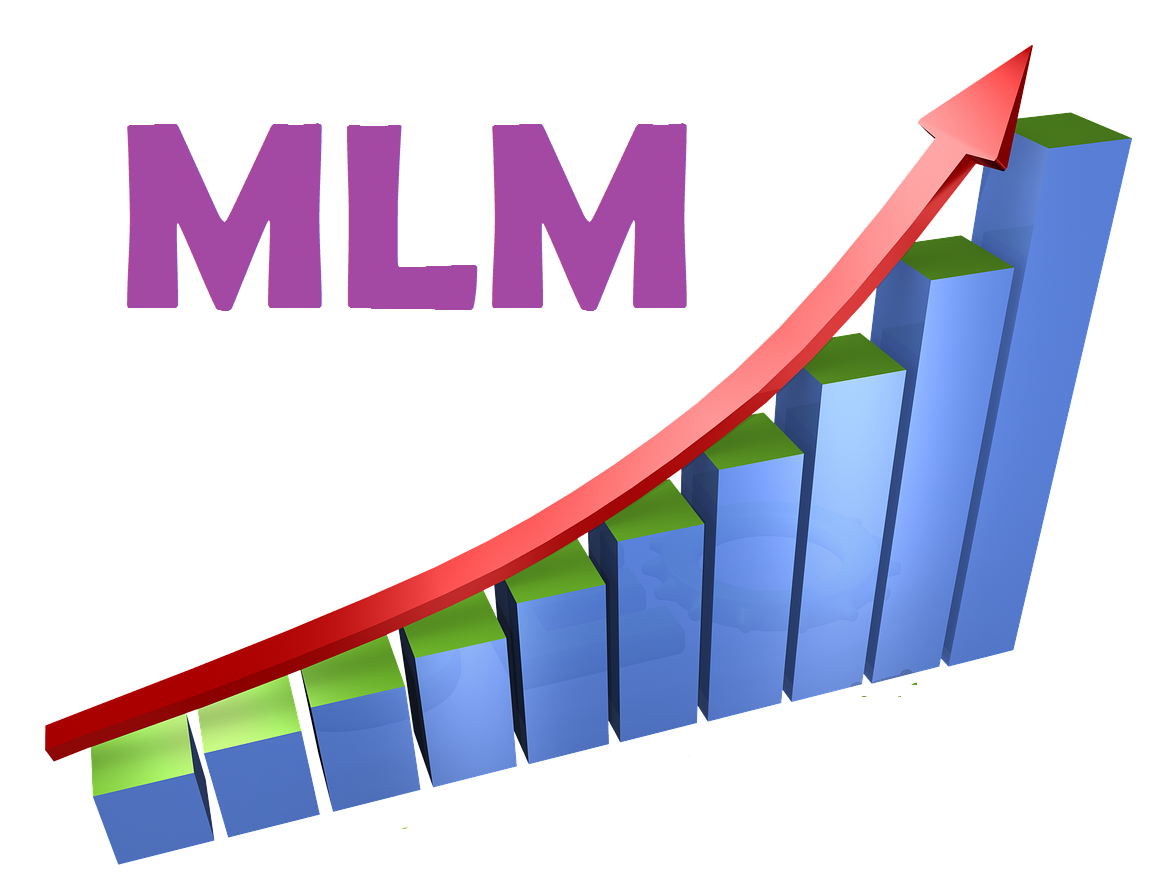 Multi-Level Marketing or MLM – for short – is a business model where salespersons are recruited to sell an entity’s products or services, and in most cases, recruit other members to do the same, in order to be paid commissions.

Those recruited into an MLM get paid commissions for sales they carry out, as well as from recruiting others within a network of salespersons located on several recruitment levels which appears in the form of a pyramid, hence the names multi-level marketing or network marketing or pyramid business model.

A member’s recruits, as well as every other member recruited by those below him are referred to as his sales network or “down line.” This business model somehow resembles a family tree.

How do MLMs pay?

Unlike in other business models where one’s remuneration is predetermined by his/her position or work, an MLM pays you commissions from one or both of the following sources:

1. from sales you make of the products or services

2. from sales and payments made by your down line

MLM is a common offline business practice by companies – especially in developing countries – which see it as a way to “push” their products onto potential markets by means of direct (person-to-person) sales.

Online, MLMs are similar. They have the same objective: sell and recruit other members, and have those new members do likewise.

However, when discussing MLMs, one often comes across the expression “pyramid schemes” which are considered outright scams. The problem with that expression is not the word ‘pyramid’. As I noted above, a business with a structure of an MLM is seen as pyramidal in nature. As a matter of fact, organizations are generally pyramidal, cos you have a head, with a few assistants, who in turn have many more subordinates. The lower you go into the organizational chart, the larger it becomes – in the form of a pyramid. The problem then is with the word “scheme”.

In the context of crime, a scheme is defined as an underhanded plan; a set-up with a dubious motive or hidden agenda. So any business model referred to as a scheme – like ‘pyramid scheme’, ‘affiliate marketing scheme’, or anything else + scheme – for that matter – is technically illegal, as it would be understood as having been established to deceive others. Some so-called MLMs are set up with such motive, and are therefore considered pyramid schemes.

It has been suggested that, in order to distinguish a full-fledged MLM from a pyramid scheme, you must make sure the pay is mainly based on sales to customers, and not on recruitment of new distributors. But as I mentioned earlier, the activities of some so-called MLMs online have made them to be identified as pyramid schemes. They have interwoven selling of digital products and recruitment of members. You can’t dissociate the two. Both are essentially the same activity. Their program, platform or system is referred to as “product”, and selling the so-called products equates to recruiting new members.

Reasons why such MLMs are often considered as Schemes – or Scams

Below are the three main reasons why some MLMs are regarded as scams, have been outlawed in several countries, and a number of them have been ‘shut down’ in the past.

Offline, we know “products” to be tangible things. But online, they are more than often intangible. People often get confused when they hear of products online, and realize that it’s actually a membership, some online business education or training, or participation in a conference or webinar.

An online newbie once asked me, “So where are the products?” That’s the logical reaction of anyone who is just being introduced to making money online. And that’s one area where potential members get skeptical of online MLMs, and begin to cry wolf.

2. Unreasonable prices and endless upsells
Such MLMs generally charge exorbitantly. You could easily pay more than a thousand dollars for a single short-term online business training course or a conference which you may end up finding unuseful.

Most of them demand monthly payments, with the lowest being around 100 dollars. And because most newbies online initially see making money online as this extra-ordinary area of specialization – a sort of phenomenon – they usually embrace such high prices in the hope that they will be taught how to demystify the MMO concept.

But in the most cases, unfortunately, those new members end up learning practically nothing and eventually pull out after losing hundreds – if not thousands – over a relatively short period. This has been the general experience of newbies online who venture directly into pyramid schemes.

To tell you the truth, if such schemes had reasonable prices, most people would have turned a blind eye to the other drawbacks, and authorities may have overlooked other realities attached to this ‘business activity’. But ‘businesses’ which tend to carry out financial exploitation to the highest of levels are not easily forgiven. Such is the fate of pyramid schemes.

A third reason why MLMs of a dubious nature raise a red flag is because of their exaggerated sales pitch and lavish events, intended to benefit their already quite-successful members. Members promoting pyramid schemes hardly present financial loss or eventual failure as a possible outcome.

Without a doubt, a few of their members make good earnings online. But such earnings are overemphasized to other members and potential subscribers, to encourage continued participation and new subscriptions, respectively. In addition, their regular lavished events are hosted with the exact same goal – attract more “guinea pigs” into their exploitative experiment.

In other words, the method applied by such so-called MLMs online is why they are generally regarded as pyramid schemes. They give the impression that their motive is to exploit recruits for their personal gain.

That has made many online to think that MLMs are all designed to benefit only those at the top. Such perception is based on their personal experience with MLMs – which I can’t deny – or their observation that only a minute percentage of MLM members gain substantially, while the rest generally struggle to get by.

To tell you the truth, some members do ‘succeed’ in pyramid schemes, just that it depends on one’s expertise in the MMO niche. That is why my unwavering advice to newbies online is NOT to venture into such ‘businesses’. There are a number of online business models where you can first grasp the MMO concept, build up your knowledge, begin earning online, and eventually – that is, if you still desire it – try out the pyramid scheme experience. But don’t ‘jump’ into it initially! You will undoubtedly regret it.

Don’t be carried away

When you see fancy YouTube videos showing a guy relaxing on an exotic beach, living the “laptop lifestyle”, or a lavish event in a magical location, most likely featuring testimonials and the like, just be aware of the reality behind the scenes. Be sure not to rush into clicking the Join Now button. It’s all sales pitch intended to get you to sign up to your financial ruin. With little or no experience, you risk spending huge sums of money and getting little or nothing in return.

The MLM business model is a legitimate one. Though there are numerous criticisms regarding it as being outright scam, it is actually not. Such criticisms are usually based on personal experiences, inexperience online, in addition to the usually unscrupulous methods applied by so-called MLMs in their quest to generate more income online.

So, don’t be carried away by the fancy sales pitch of those usually-experienced members, especially if you are new to making money online. Better begin by trying out other models of online business.

So-called MLMs are a tough online ‘business model’ to succeed in. You therefore need to be “mature” in making money online in order to come out of them ‘intact’.